On the eve of the outbreak of the Pacific War in 1939, the "Lonely Eagle" Jin Mindong, which was buried in the Harbin Investigation Office of the Kwantung Army Intelligence Agency for many years, was officially opened. The explosion of the special army of the Kwantung Army involved the ghosts leaking out of the Harbin Institute. The Director of the 6th Division of the Kwantung Army sent a foster son Gu Ying to blame for an emergency airborne, and the surface investigation of the military bombings actually accelerated the "Xianyan Plan." With the advancement of Gu Ying’s investigation, Kim Min-dong has become a “brother” who seems to have had a life and death relationship. Gu Ying’s guilty, suspicious, and thoughtful thinking and layout have become the biggest obstacle for Jin Haodong to explore the truth of the “Xi Yan Plan”. In the process of cracking the puzzle, Jin Haodong’s former lover Su Jiaman “returned to life”, but the two met each other but belonged to different camps. In the contest between love and temptation, Kim Min-dong discovered that the military identity was only the disguise of Su Jiaman, her true identity was Yan’an dispatched a team member, and the two men joined hands to resist the enemy and experienced a brutal struggle. With the deepening of the investigation, Jin Haodong finally solved the mystery of the "Xi Yan Plan" with the joint efforts of many people and knew the huge conspiracy of the Japanese. However, the key figure Fei who prevented the "Xi Yan Plan" was now in the hands of Gu Ying, and the Japanese conspiracy is about to succeed. Jin Haodong has tried his best to break the "black gold crisis." He repeatedly blocked the enemy's intrigues, protected the revolutionary comrades, and finally honed to become a determined, wise, and tough agent, and finally succeeded in smashing the "Xi Yan plan", making Japan go to war failure. In the face of friendship, affection, and love, Jin Haodong made choices in the face of national sovereignty and interests. Ultimately, justice defeated evil, and lofty beliefs guided the revolutionaries of Baojiaweiguo [2] . 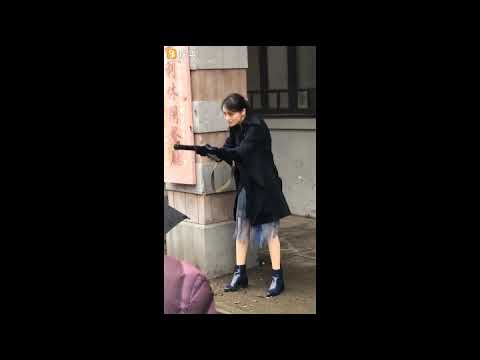 And The Winner is Love

And The Winner is Love