Brother of the Year Ep Trailer

When he was just a little kid, Chad thought that the baby inside his mom’s belly would be a boy. On the baby due date, when his mom gave birth to a girl named instead, Chad got completely world-weary. His dreams to play robots and manly play football with his little brother were destroyed because whenever he played with his little sister Jane, she would burst out crying and whining. Since theywere just little kids until they both grown up, Chad and Jane have fought about everything. It’s because Jane rather be like Chad’s mom than his little sister and Chad rather to be Jane’s burden than her big brother. Who else could be such a sucker big brother being poorer than his own little sister in every way like him? Whatever comparisions: learning, sport, look, behavior, Perfect Jane beats him in all. The only opportunity that Chad can show off as a big brother is when there are any guys try to hit on Jane. Chad will put of air of importance to drive those guys away, as a revenge on Jene. That is the reason why Jane has to conceal the love relationship of her and Moji, a half-Japanese guy who is more than perfect. Jane doesn’t want this love to be ruined by her big brother again like he used to do. But love is not a secret. Chad eventually finds out that Jane is secretly dating Moji. How could Chad give them a green light? As we told you, whatever makes Jane happy, the decent big brother like Chad will definately never let it happen!

Photo Brother of the Year
Previous Next 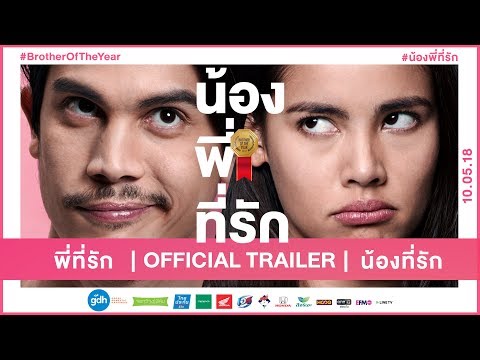 Trailer Brother of the Year

Brother of the Year , Kissasian , Watchasian ,